Human trafficking occurs when a person is induced by force, fraud or coercion to:
Human traffickers use both psychological and physical strategies to entangle their victims, who may not realize that they are actually imprisoned.
Every year, human traffickers generate billions of dollars in profits by victimizing millions of people around the world, and here in the United States. Human trafficking is believed to be one of the world’s fastest growing criminal industries. In fact, there are more people enslaved today than at the height of the transatlantic slave trade.
For more information on human trafficking, see:

Artist, and a member of Peace
Dr. Christine Hartmann is the Deputy Director for Interagency Mission Opportunities at Lawrence Livermore National Laboratory.  She received a Ph.D. in medical physics from the University of Wisconsin, Madison.  With over 80 publications, she has made significant scientific contributions in areas ranging from advanced computations and analysis for radiation-based cancer treatment to nuclear counterterrorism. Dr. Hartmann has served in many management roles at LLNL and has received numerous awards for her work, including being named an Edward Teller Fellow, the R&D 100 Award from R&D Magazine and the Presidential Early Career Award for Scientist and Engineers.

Christine Hartmann has voiced a love letter to all men, women, and children who have been bought or sold through human trafficking or exploitation. Click here for her video presentation. 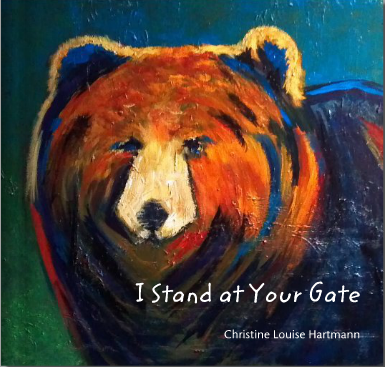