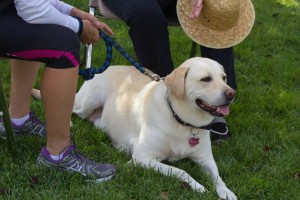 Almost every time our pastor gives a sermon about the history and actions of Jesus he makes me think of the qualities and characteristics of animals and how they would set a better example in following those teachings than some humans. Here are some traits at which animals excel.
Faithfulness – Mallard ducks mate for life. They never leave their mate if the family income drops or they cannot afford a new car. Dogs will stay with the same guardian for their entire life even if that person is not a particularly loving and caring individual. Elephants will stay in the same exact area for days or weeks after a herd member has died.
Joyfulness – God meant us to be happy and enjoy our lives, but we are often thinking about some other stuff we need to be happy. Dogs usually get the same food twice a day and two walks every day if they live in a good home. Even with that boring regimen they are supremely joyful. They will wag their tails at the drop of a ball and will go for scratches whenever someone is willing. They are preeminently “in the present”.
Truthfulness – Animals trust their instincts when it comes to right and wrong. They have an infallible guidance system when it comes to interacting with others. Although this seems “judgmental” to us more enlightened humans it simplifies life so that the bad actors in their world don’t get the attention that they don’t deserve. It’s quite the opposite in the human world where the most outrageous acts occupy the news for weeks and months.
Compassion – Animals never think about torturing another animal for information about where their pack is. Cats might play with their food sometimes before the kill, but never torture one another. Animals never think about weapons of mass destruction. We have never had an animal starve or kill massive numbers of their species for political ideology or religion.
Helpfulness – When we think about service we must acknowledge the exceptional contributions of guide dogs, support dogs, bomb sniffers and the like. How about the horses of those cowboys in the West who would carry them until their own deaths if needed?
Gratefulness – Look into the eyes of a well-cared-for animal and you will see gratitude in its purest form. There are no further expectations unless you happen to walk by the treat jar.

There was an article in the newspaper a few weeks ago about what Sunol was like when they had a Labrador retriever as mayor. Many people said it was the best of times. I’ve often thought of how much better off the world might be if animals were in charge. 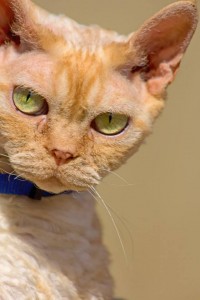 Return to Animal Rights and About the Author, Greg Grebe a member of Peace