A new series begins on Thursday, January 3rd, 7:00 pm in the Gathering Hall.

Tai Chi Chuan is an ancient form of Chinese exercise which goes back over a thousand years to the Tang Dynasty originally taught only to Emperors, scholars, and noblemen.
This system of exercise has as its aim: good physical, mental and emotional health. Its dynamic and slow movements, combined with relaxation, results in the development of an “intrinsic energy”, an outer balance unattainable by any other form of physical exercise.
Consistent practice of Tai Chi improves circulation, facilitates joint action, stimulates the nervous system, tones the skin and gives one an alert sense of well being in body and tranquility of the mind. Joint disease, gastric disorders, tension and mental strain are relieved. Tai Chi is pleasant, pleasurable, comfortable, and may be done without effort or strain in a small space. No special clothing is required, however Kung Fu slippers are recommended.

Tai Chi Chuan is done in slow motion, continuously through a varied sequence of movements and forms. It is a smooth flowing exercise, each movement blending into the next form without pause or break; and one’s mind in complete concentration and awareness of each movement. The use of hands, shoulder, fingers, feet, legs, knees and even eyes are brought into play in a series of coordinated, specifically learned movements. Combinations of these patterns are Golden Cock Stands on One Leg, Grasp Bird’s Tail, Fair Lady Works at Shuttles, Cloud Hands, etc. The exercise can be done once or twice a day.

A discipline of body and mind that generates health, clear intellect, and depth of spirit. This exercise is characterized by its harmonious and effortless sequence of movements that fuse motion and meditation. 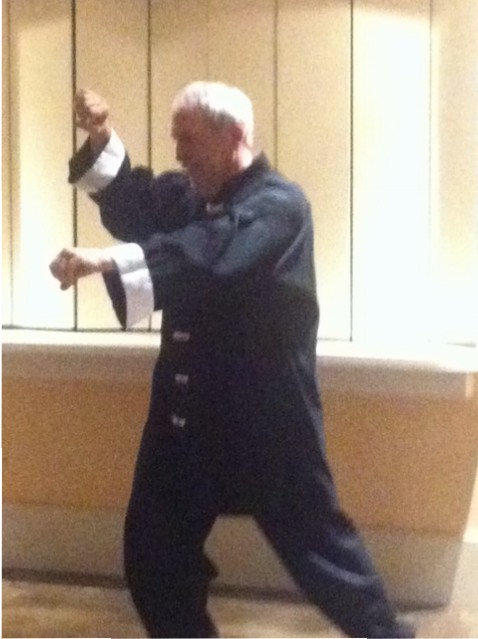 Pastor Steve Harms, practicing for more than 30 years, leads a 12-week series of Tai Chi classes on Thursday evenings in the Fall, Winter, and Spring.  Class begins at 7pm. Registration for the series is $200.00, payable at the time of the second class.
A meditation class is offered before Tai Chi — meditation beginning 6:00pm.

A new series begins on Thursday, January 3rd, 7:00 pm in the Gathering Hall.