Dear Friends at Peace:  We wanted to share the good news with you that on May 29th, we welcomed our second daughter, Julia Isabella, two weeks early but weighing almost 8 pounds! We hope that you are doing well and enjoying the summer months. Amanda & Memo      Peace Partnership Laurel Galan:  The Situation in Nicaragua has us very concerned, especially because of its unpredictability and not knowing when it will end or what the future holds for our beloved country. We give thanks to God that we and the communities that we work with are safe and also continue to pray for peace and justice in the midst of turmoil.

Two months ago, the government announced reforms for the social security system, and students took to the streets to protest. On the second day of protesting, there were students killed, and this created a chain reaction of people protesting in response to the deaths.

The last 2 months have completely changed the reality of Nicaragua, and there is widespread insecurity, violence and roadblocks which cut off transportation of people and goods. We hope that this struggle will ultimately lead to something better and richer for everyone, but are shocked by the levels of violence. So far, more than 200 people have lost their lives and hundreds have been hurt, thousands of jobs lost and families torn apart, and it’s unclear what the future holds. We especially pray for the July 19th anniversary of the Revolution, that there are no mass confrontations. Currently the Inter-American Commission on Human Rights from the Organization of American States is here investigating the deaths and disappearances and who is responsible. And the archbishop of Nicaragua has traveled to Rome to meet with Pope Francis and discuss the situation, since the Catholic Church has been mediating the dialogues between the government, the students, and civil society. One of the requests of the students and other sectors is that Presidential elections would be held early, possibly in March of next year.

We have not been able to visit the community since April, because of the roadblocks. But we continue calling Dona Ligia and checking in to see how the community is doing. They have told us that they have food available, and that it’s been raining so they have enough water. The main problem is that they aren’t able to get in to Managua for doctors visits or other appointments.

We ask you to continue praying for the situation, and the women of Laurel Galan.

Abrazos, Amanda for Between Cultures 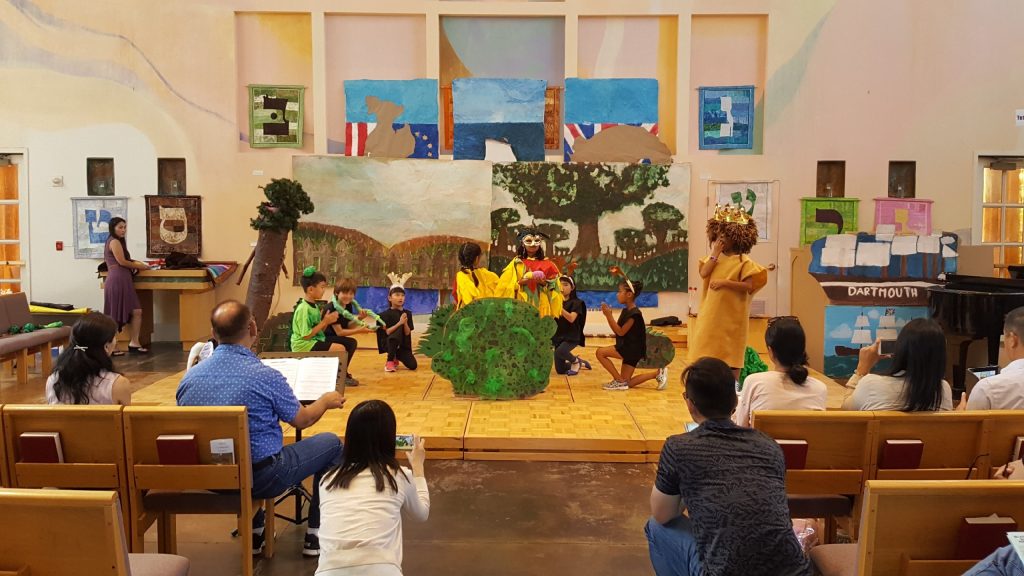 !  The Hacienda School brought their Summer performances to Peace with Why Do Mosquitoes Buzz in our Ears and Other Stories.

Researchers estimate in California they added between $4.6 and $8 billion. (CAP)

More than 2,000 children were separated from their parents since April  by the zero-tolerance policy.

The prior policy of apprehending undocumented immigrants and calling them to appear in court after releasing them was effective nearly 99% of the time.

The insidious Spiritual Lie fearing the ‘outsider’ always claims these families and children are less than human.  Every person, regardless of their immigration status is made in God’s Image!

the current instability in El Salvador, Guatemala and Honduras.  We need to learn our own history.