“Adapt yourselves no longer to the pattern of this present world but let your minds be remade (metavoia) and your nature thus transformed, and then you will be able to discern the yearning of God:  what is good/life-generating, acceptable and mature.”  (Romans 12: 2)

***  The Youth Group and parents met this past Sunday at the Mitchell’s.  A relaxing and inspiring evening of catching up and designing plans for this next year.  Lots of good things cooking both at that BBQ and for the near future.

***  Summer Journeys took folks in many directions.  Here are just a few:  Martha was off to Germany; Renee, Todd and family took an RV sabbatical trip around America for 7 weeks; Mark L. went swimming in Serbia with the American Water Polo team…his parents followed behind; the Schoenings enjoyed Croatia; Mark M attended the baptism of his grandson in the same church where George Washington was a member; Ron and Linda enjoyed Wisconsin; Gun went to Sweden; Teresa and Jeff enjoyed Vermont; Gracie M. did some youth project work in Fiji; and somebody went to Viet Nam – who was that?  We got to see Len and Bonnie Nelson who send greetings from Salem – the Land of Totality.

***  Homecoming Sunday – welcome back on September 10.  Time to reconnect and get back in the groove of life at Peace.

***  Hurricane Harvey Relief:  $3 million match on personal donations*
Thrivent will match up to $3 million in personal donations made online through Thrivent.com to specific disaster relief organizations responding to Hurricane Harvey. The dollar-for-dollar match is open to Thrivent members and will lead to a total combined impact of up to $6 million. For more details and to see the list of organizations included in the match, visit the Disaster Response page on Thrivent.com.

***  Simultaneously in Bangaladesh massive storms have deluged the country so that 1/3 of Bangaladesh is now submerged.  100 times the number of people who died in Houston have died there and of course they have no resources.  Portions of India and Nepal have been equally devastated.  I am awaiting word from Lutheran World Relief how we might best help in these places too.

***  Keep in your prayers:  Ro recovering from knee surgery, Brian and David McGee, Linda Britt, Brian T., Sue Shuffield, Alice O’Sullivan and those who are threatened by wild fires, those mourning the death of loved ones,the victims of Harvey.

***  Exciting News:  The Veil Tapestry has been accepted into the Interfaith Art Exhibition “Collaboration and Connection”.  Bill Carmel had a conversation with Arash, the curator, almost two years ago which inspired the title of this Exhibit.  The submission form was visited by over 900 artists from the US and other countries including Finland, Qatar, France, Canada, UK, Pakistan, Ireland, and Germany.  There were 40 submissions which included 80 artists and 3 big projects with students ranging from 60 – 90 students.  The Exhibit will open later in the Fall.  Details to come! 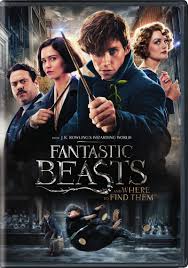 Courtyard when we will grill a variety of veggies and proteins. Please bring side dishes to share. For dessert we’ll enjoy S’mores toasted over a copper fire pit. Dinner delights followed by a screening of this Academy Award winning Harry Potter prequel on the big screen at 7:27 pm when the sun goes down. J.K. Rowling wrote the screenplay.  You will meet magizoologist Newt Scamander, who studies, watches over and nurtures magical creatures. He arrives in New York City 70 years before Harry Potter reads the book Scamander will author, Fantastic Beasts & Where to Find Them. Run time 113 min.; rated PG – 13.

***  The Stand Against Hate event at Temple Isaiah on Tuesday night was a powerful gathering of 400 interfaith people.  Superb music from a Gospel Choir, insights shared from rabbis, a Muslim woman and myself.  Several friends from Peace got to participate.  There is hope!